I’m hosting a group of Chinese undergraduate journalism students from a university in south China.  They arrived in Delhi last week and drove straight to Rajasthan where they are attending the Jaipur Literature festival.  Later this week they will come to Delhi to work with my students.

I didn’t think to share news of the chaos or filth – I thought these were known qualities.  But the unorganized and unkept landscape of an Indian city has surprised my guests.  Go to most cities and towns in China and they are sterile in comparison.  Sometimes figuratively so, as well.

I wonder whether my guests notice another contrast:  The discussions that bounce from stage to stage at the literature festival.  The arena is infused with thought and debate – debate that turned controversial and then flip-flopped from the substantive to a distracting discussion about the limits of free speech.

(A renowned Indian sociologist commented that corruption is a plague among the lower castes and minority tribes of India.  He has apologized only for being misunderstood and he has yet to qualify or quantify his claim with any rigorous argument or proof.  This incident has upset many and he could be charged with inciting civil unrest with hate language.  There are caveats to freedom of speech protection in India and I admit to not fully understanding some of the exceptions.  In the last few months alone, police arrested a cartoonist for irreverent-at-most depictions of national symbols and a young resident of Mumbai for her Facebook post that questioned why the city should be paralyzed for days by a local politician’s funeral.)

In China, my guests likely don’t experience forums such as the literature festival and the rich public discussion and debate that plays-out in them.  I hope to quiz them about their thoughts when they arrive Delhi on Thursday.

However, I do know this after a few days together in Jaipur:  There isn’t much on the buffet that’s appetizing.  And this makes me chuckle because it’s commonly accepted in both Indian and Chinese communities that the two cuisines shall not-a-marriage-make!  I left my guests on a diet of rice, tandoori chicken and packets of Maggi noodles… and promised that their options will improve once they land Delhi.

After nearly four years of searching, I have yet to find good Chinese food here but  there’s nothing like a demanding deadline to force one, as the writer’s adage goes, to make chicken salad out of chicken shit.

But they may have to settle for the ubiquitous Chow Mein.

(And I can’t write about Chow Mein without mentioning that a few months ago stupid village leaders outside of Delhi blamed eating Chow Mein noodles for turning pious women into harlots.  A harlot in that village is any woman who wears jeans, uses a cell phone and goes to school…)

Here’s my ode to Mumbai:

The weekend started with a race. I’m getting older and slower, but I’m writing this year off to recovering the knee and getting my groove back. Next race: Bologna in September? That’s the plan, anyway…

After the race we visited Haji Al, a tomb and mosque celebrating the sufi saint of it’s namesake. It’s a pilgrimage sight for people of multiple faiths. You can only get to it via a walkway that’s most safely travelled during low tide. 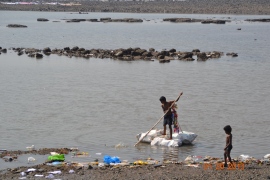 I traveled with my old friend from Beijing, Nicole. 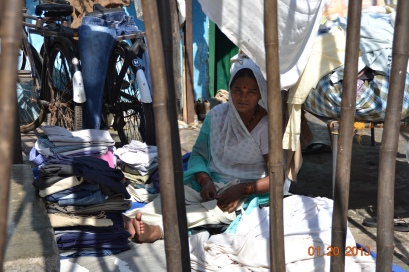 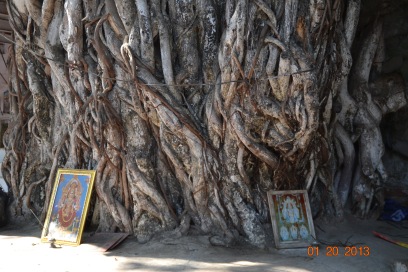 A sacred tree near the dhobi ghat. 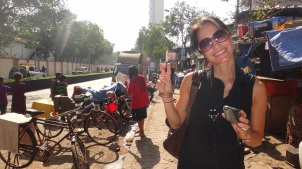 Happy the race is over… with a tummy full of breakfast and a sunny day of sightseeing ahead.

This is the school that I donate to in Mumbai. It is a public-private initiative… with private money used to train teachers and increase student-teacher ratios. Every classroom has three teachers. 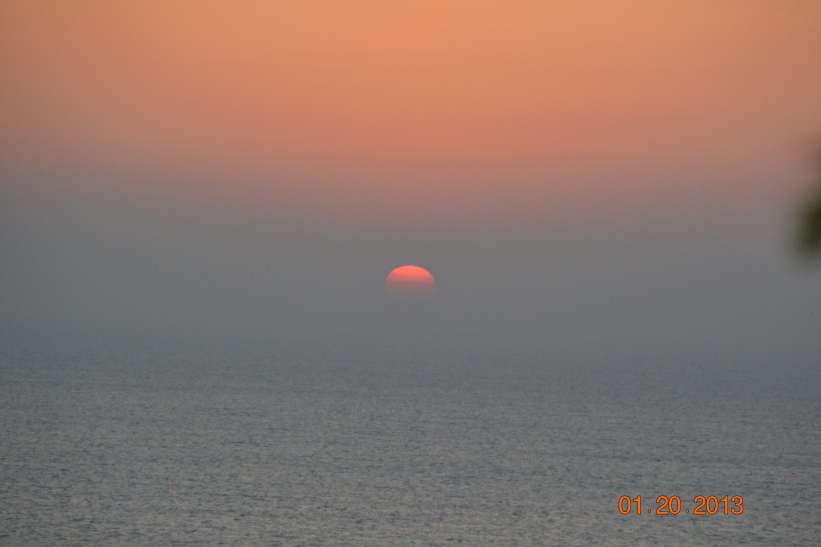 Sunset in the Arabian Sea…

Nicole:  Thanks for coming to Delhi.  Only my dearest friends and hardiest relatives have braved the chaos… which gives you first dibs on our extra bed in Rome.  xx 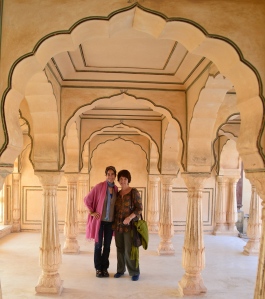 The gang rape of a young woman in Delhi last month continues to consume public and private discussions.  Some of you may have read details of the rape in the NYT or WSJ.  Six men attacked the woman on a bus, raped and assaulted her with an iron bar and threw her naked onto a road, along with her male companion who was beaten unconscious.  Her injuries were severe and shocking, the damage was fatal and she died two weeks after the rape.  Doctors say it was a small miracle that she held on for so long.

One poignant detail is that the victim was on her way home from a movie theater where she watched the survival story, Life of Pi.  The film is about a boy who survives a shipwreck and is stranded on a lifeboat with a Bengal tiger.  It is also a tale contrived to mask an unthinkable truth.

The unthinkable truth of the victim’s attack mirrors the fears of many woman in Delhi.  Women are not safe here for a slew of reasons, some easier to fix than others:  poor and insensitive policing, unenforced rape laws, traditional values clashing with modernization, misogyny… to name a few sweeping problems.

And people are angry.  Large numbers of protestors met for weeks demanding action.  The government was spooked enough to deploy riot police and paramilitary troops.   They closed streets and public transport to block access to government buildings and popular protest sites.

One of the more controversial public demands is the death penalty for rape.  India already has capital punishment for murder in the “rarest of rare” cases.  This means that a crime must be exceptional and heinous to warrant a death ruling.  In December, India hanged  one of the perpetrators of the Mumbai attacks after years of appeals.

The protests have ceased but the dialogue hasn’t.  The rape still tops the news and people are discussing it from classrooms to dinner parties.  An old friend, Mark Magnier of the LA Times, called me naïve this weekend when I told him that I couldn’t understand why the attack was so savage…so inhuman.

Our conversation tried to make sense of factors that may have led to the crime.  The accused lived on the margins of Delhi’s booming economy in poor urban villages.  Some cocktail of poverty, anger, ignorance, drink and according to Mark, the anonymity the city offers, (and other factors) fed the beasts who raped and killed this woman.

Still, I don’t get it.  Maybe I need an alternative tale or some other narrative to help me comprehend this unthinkable truth.

I have no graceful way to seque into Kenya other than to say that we are blessed to have shared this holiday adventure with our dear friends and former Beijing and India neighbors, Kristi and Nathan Belete.  Thank you for introducing us to your childhood home and new posting.

Kenya!  I was bowled-over by the landscape and the diversity of flora and fauna.  The red earth around Nairobi and the black earth of the Rift Valley oozes richness and fertility.

We celebrated two weeks in Nairobi, Maasai Mara game reserve, and Mombasa.  I let the photos say the rest: 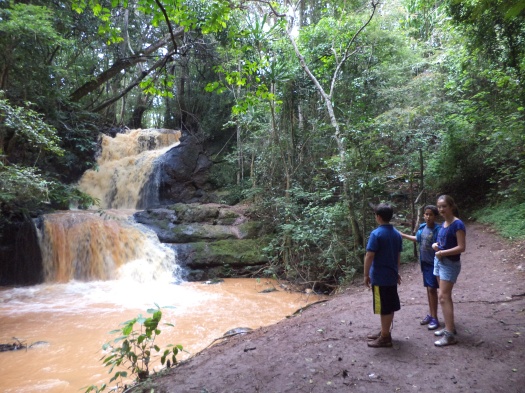 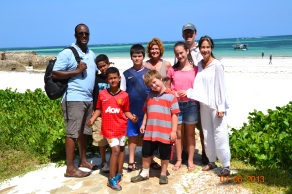 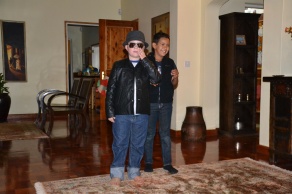 My favorite spot in Kristi’s house in Nairobi. I love that all of her windows and doors open onto greenery. 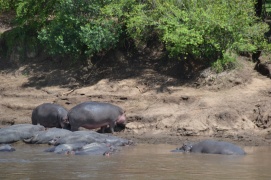 Hippos. Apparently one of the meanest and fasted charging beasts… 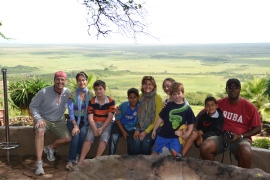 The view from our hotel. 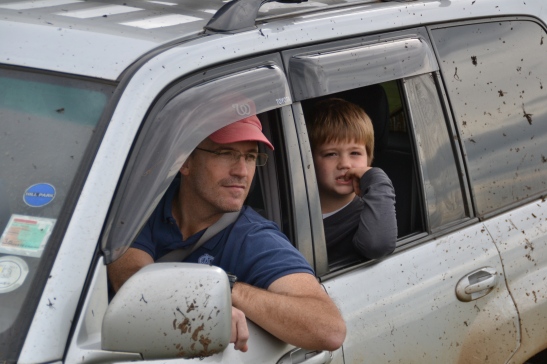 Daddy and Eddie in their safari car… 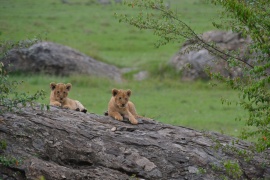 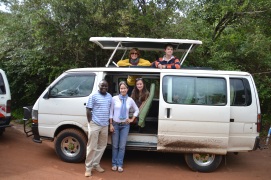 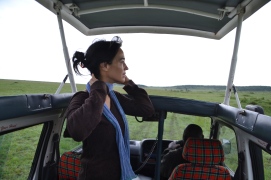 Lazy males waiting for their supper…. 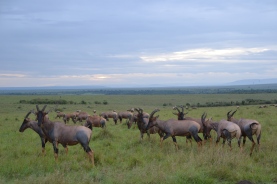 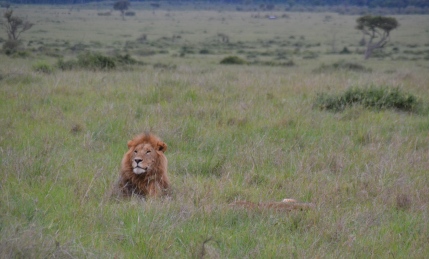 Post coital slumber… (his bride is lying in the grass to his right.) 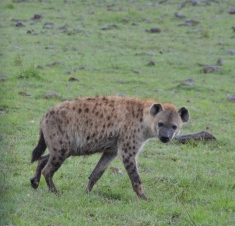 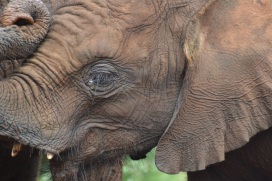